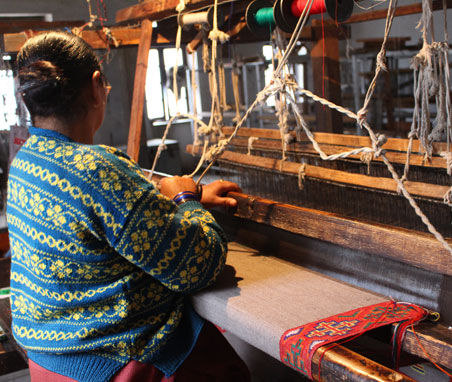 Handloom includes weaving of fabric using hand and a tool or a loom made from wood. Handicraft includes everything made up of paper, metal, textile, wood, clay, plant material or anything using hands or minimum use of handmade tools.

The handloom and handicraft s sectors make a valuable contribution to our economy; they also have the potential to play a much bigger role given the right environment.

We recognizes this but unfortunately, two-and-a-half years into the Plan the policy interventions required to promote these sectors need to be much stronger. Th is is cause for concern. Unless backed by supportive policies, programmatic interventions will do little to change the reality of the lives of the weavers and artisans. 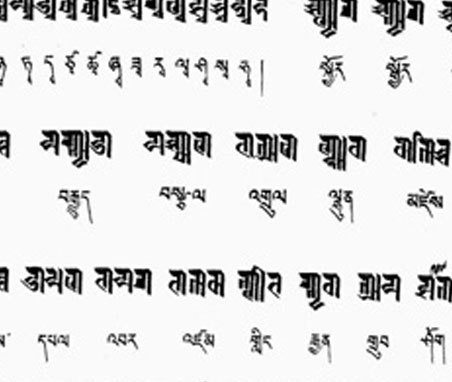 Kinnauri is a distinct language with its own territory. Kinnaura people are bilinguals who speak Hindi along with their mother tongue.

Fluent speakers of Kinnauri are only the elders or the mid aged people who have little exposure to the outer world or are still unaffected by the modernity. But whether the next generation will inherit the cultural knowledge or the legacy of ancestors is doubted. From UNESCO factors study, all languages in Kinnaur region are definitely endangered, inter-generational transmission is unsafe, number of speakers using Kinnauri as first language is very low, domains are shifting, Hindi is replacing Kinnauri in most domains, there is lack of literary traditions, government support towards the protection and promotion of Kinnaur language or culture is absent, very little is known about the linguistic structure of the languages in the region. Like other tribal languages, Kinnauri too may lose much of its linguistic characteristics due to lack of proper documentation and government support and community apathy as well. Among urgent measures, Kinnauri languages need community collaborative efforts to document and discuss among the locals, scholars, linguists and researchers. 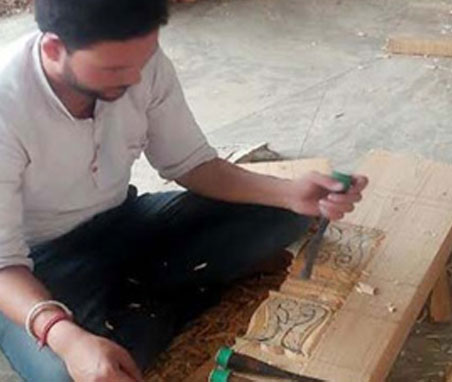 "One can see ancient art and craft in all the temples in Kinnaur. But nowadays only a few artisans are left to do the traditional wood craft. Some artisans stop doing their work because of the use of latest machinery. They fear that traditional woodwork may die,"

Wooden craft can be noticed in traditional village homes with carved doors, picturesque windows, crafted ceilings and balconies. This art has been a speciality of the region and has been practiced for generations. Fearing extinction of this art form, a group of traditional wood carvers have sought government support. 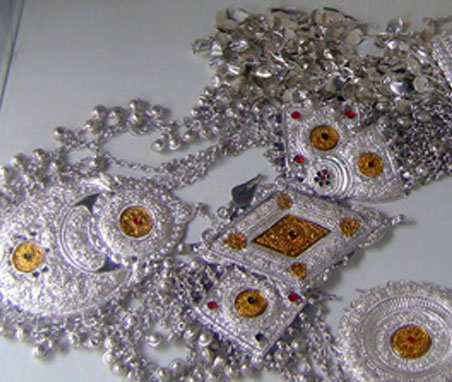 Most of the older designs are no longer seen in today’s world although all of them were very beautiful in case of designing and style. All these older designs can be seen in museums and no help or aid is there for the craftsman to bring forward this art. Kinnaur heritage foundation will aid craftsman to help preserve the valuable craftsman and skills. 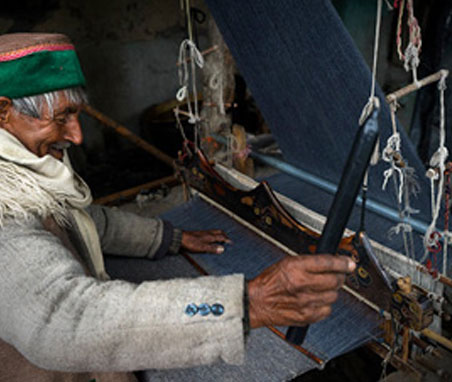 The Developmental functions incorporate the following tasks to promote the Skill development of the local artisans & backward class workers involved in the state for artisans work and provide managerial subsidy, working capital subsidy, interest subsidy and help locals to take advantage for all the policies, programs and other important activities of the Government. 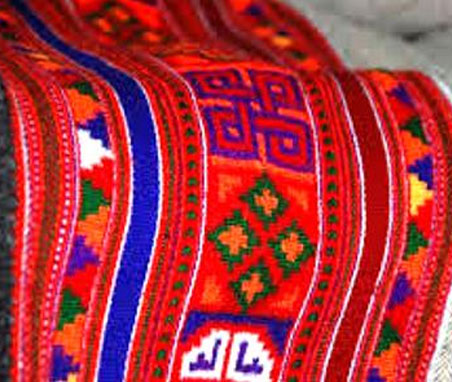 The people of kinnaur continue to practice their age-old skills of embrioidary and handicrafts even today and come up with some of the best pieces of art and craft that have worldwide acclamation. Even a small object of art takes months of meticulous devotion to get completed. Among the Himachal Handicraft, embroidery is an important aspect practiced by the womenfolk and the age ols skills are dying due to less money paid and extensive time it takes to prepare.

Kinnaur heritage foundation will help the local craftsman to encourage this embroidary work and open centers where people will get benifit to let not die this years ols skills.

Are you ready to help others People!

Designed by Web On Cloud Solutions